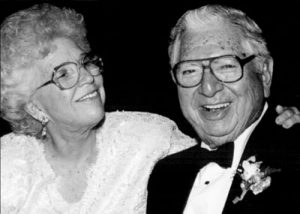 In the beginning, Jose Silva was all alone in his research.

Even his wife Paula was skeptical and cautious until she eventually saw the benefits in the work he was doing with their children.

A few friends in Laredo became interested and listened to his ideas and helped him when he asked them to, but many more were suspicious and even hostile.

This pioneering research, overcoming many obstacles and challenges, has provided Jose Silva with many wonderful memories of the people and events that helped us to take the first step into the second phase of human evolution on the planet by succeeding with metaphysics.

This is the story about how scientists became aware of the new science that Jose Silva has named "psychorientology."

A scientists take a peek 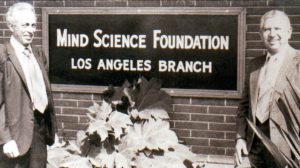 The first scientist who came to Laredo, Texas, to investigate the research that Silva was doing was Dr. J.W. Hahn, director of the Mind Science Foundation in San Antonio, Texas. Through Dr. Hahn, many more scientists became interested in the pioneering research into the mind and human potential.

In fact, Dr. Hahn took the first step that led to the Silva Method being taught to the public for the very first time. Here's how it happened:

More results than university researchers got

After Dr. Hahn's visit to Laredo, he called Dr. N.E. West, the head of the Department of Psychology at Wayland Baptist University in Plainview, Texas, and arranged for him to visit Laredo and inspect Silva's findings.

Dr. West was impressed. Even though he had visited the laboratories of Dr. J.B. Rhine at Duke University on two occasions, he said that he had never seen so much valid scientific work done on E.S.P.

That led to an invitation by Dr. West for Silva to come to Plainview and present a lecture to the psychology students at the college.

The visit was so successful that Dr. West told his friend Dord Fitz, an art professor in nearby Amarillo, that he should invite Silva to come speak to his art students. When several of the art students expressed an interest in learning Silva's techniques, Fitz suggested that Silva come teach a class in Amarillo.

More than 80 students attended that first Silva Method course. Even before they had finished their training, they were telling Silva that their relatives and friends were also interested, so Silva scheduled another class.

The Silva Method continued to grow by word of mouth until today . it is being offered in more than 100 countries worldwide, in 29 different languages, and millions of people have benefited.

First presentation to a scientific panel

Meanwhile, while Silva was impressing students and artists with his findings, Dr. Hahn was arranging for a visit to the leading parapsychology laboratory in the world: The Mind Science Foundation Laboratory in Los Angeles, California.

It was here that Silva observed a scientific project with a plant that convinced him that the human mind could alter matter just by thinking. 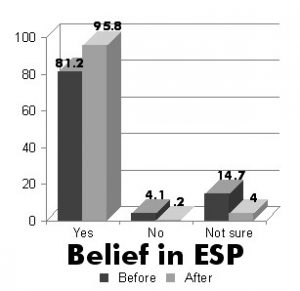 Silva continued teaching, and Dr. Hahn continued encouraging him. But not everyone believed that such trailblazing research and results were coming out of Laredo, Texas.

Dr. Hahn needed to demonstrate to the Mind Science Foundation board of directors that Silva's program was valid, so he undertook a major survey.

Detailed, comprehensive survey forms were mailed to 10,000 Silva Method graduates. More than 1,100 of them took the time to fill out the forms and return them, an unusually high percentage. The graduates seemed eager to express their opinions.

The results were spectacular. Not only were people receiving all of the benefits they had sought when they first came to the course, they were benefiting in ways they had not expected. They were correcting problems that they had not even considered correcting with the Silva Method techniques.

There was also a question about the graduates' overall opinion of the Silva Method. Only half a dozen had any complaint, while the rest - 99.6% of the graduates - were satisfied.

To validate the survey, Dr. Hahn conducted another survey. In this one, he got responses from every person who attended a Silva Method Basic Lecture Series in Albuquerque, New Mexico.

The results in Albuquerque were the same as the results from the other survey, and every person was satisfied with the course. 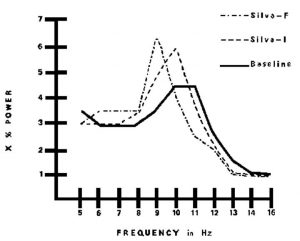 Armed with proof that the Silva Method works and that graduates were reporting outstanding benefits, Dr. Hahn now approached other scientists and encouraged them to investigate Silva's work.

He helped arrange for clinical psychologist Dr. Puryear to hold a Silva Method class at the Trinity University campus in San Antonio.

Students and professors were impressed, because at that time, scientists believed that brain waves were under autonomic control, and could not be altered by individuals.

Later Dr. Hahn arranged for Dr. Fred Bremner, head of the Department of Psychology at Trinity University, to test Silva and some of the people that Silva had trained.

For the first time, scientists verified in a scientific laboratory that people could learn to control their brain waves.

They also conducted a scientific experiment that involved Silva teaching his method to 20 of the students at the university. As usual, the results were successful. They were reported in the British scientific journal Neuropsychologia, Vol.10, pages 307-312 and pages 467-469.

Before the project with Arrigo could be started, he died in an automobile accident.

Silva decided not to go to the expense of bringing Geller to the U.S. for research because he could not find any useful application for the spoon bending ability. "If he could straighten them out, it would be different," Silva explained. "Our goal is to correct problems, not to cause them."

The 49 Ph.D.s with the oil company were given special training to see if they could use their minds to locate undiscovered deposits of oil, using E.S.P. The oil company never released the results of their efforts.

At this time Dr. Hahn decided to leave the Mind Science Foundation and join Silva in Laredo.

Dr. DeSau conducted research on varied groups of people, from junior high and high school students, to alcoholics, welfare mothers, business executives, and others who learned the Silva Method.

One of Dr. DeSau's first projects involved more than 2,000 adolescent girls at an inner city school in Philadelphia, Pennsylvania: Hallahan High School. The results, depicted on the graph, are typical of the results of all of the groups tested.

Dr. DeSau later conducted similar research on schools on Guam, as well as in Venezuela for the Venezuelan government.

Silva met Dr. Richard McKenzie at the University of Texas Medical School and invited him to join the staff in Laredo.

The three scientists who were on the Silva International staff, Dr. Hahn, Dr. DeSau, and Dr. McKenzie, were instrumental in arranging for 40 scientists from all over the United States to come and meet Silva in Houston, Texas, so that he could explain to them what he had done and what his future plans were.

The meeting took place on Friday night and all day Saturday. On Sunday the group was given a tour of NASA facilities in Houston.

Those in attendance were: Rev. Marzel Allard, S .J., from Montreal, Quebec;

Frederick J. Bremner, Ph.D., and his wife, from Trinity University;

Jose Silva reveals details of his scientific research into ESP

In these excerpts from his autobiography, Jose Silva explains in his own words how he first came across ESP in his own daughter, and where this led him.

Then he goes on to talk about what the future holds once we all develop and use our natural God-given intuition to make better decisions, solve more problems, and change our own lives - and the world around us - for the better.

Read from the beginning, or pick a topic: