How does Silva Method compare with hypnosis, yoga, others? 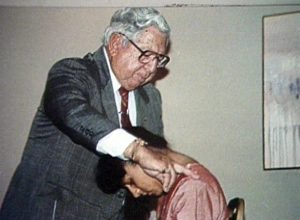 People often ask about the similarities of the Silva Method with other mental training methods.

To help explain the differences, let me go back to the time when I first became interested in the study of the human mind.

I began my study of the mind and human potential in 1944 after a conversation with an army psychiatrist while I was being inducted into the army. He explained that he could tell a lot about a person by analyzing how they thought.

This made sense to me, and I felt that I might be able to help my children to be more successful if they used their minds in ways that would help them succeed.

The first goal I had was to find a way to improve my children's IQ factor by devising a way to help them memorize and recall information better. 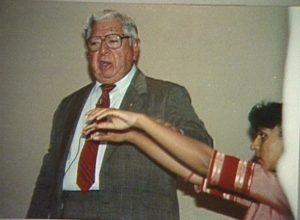 The first step in research was to find a way of slowing brain activity while maintaining awareness.

Upon investigating methods such as yoga, Zen, Transcendental Meditation and hypnosis, we found that all method require the student to be trained to practice with their eyes closed.

Later our research indicated that the reason for the closure of the eyes was not only to prevent distractions.

We found that when a person attempts to focus their eyes to see something, the brain stays on twenty cycles per second rather than slowing to a lower brain frequency, which was our goal.

At first we thought we could use hypnosis as a major tool to reach our goal, but later research revealed that hypnosis was not giving us the end results we wanted.

We found that the brain activity of a person active mentally and physically under hypnosis was twenty cycles per second. 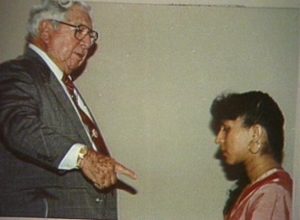 We wanted the person to be active mentally and physically but with the brain at ten cycles.

Another thing we found was that a person under deep hypnosis never asks questions. The hypnotized subject only answers questions.

We also found that a person who is hypnotized has a very strong tendency to forget what transpired while in that state.

These are some of the ways that people functioned abnormally.

What we needed was just the opposite: for people to function normally while the brain was at ten cycles.

We wanted people to be able to ask and answer questions, not just answer. And we wanted them to remember more the deeper they entered, rather than forgetting.

All of the other systems that we investigated also had drawbacks and deficiencies that caused them to fall short of the goals that we had.

We began to realize that we needed a new mental training exercise, similar to existing ones, yet different in ways that would make it possible for us to attain our own objectives.

We realized that all mental training methods led the student in the same direction: into a state of mind-body relaxation.

What became apparent was that all disciplines for training the mind were directed to find an ideal level of mind-brain function that a person could use to attain goals that are difficult to attain.

After studying these various disciplines we found that the ideal level of brain-mind functioning is the same for everybody, and that ultimately all disciplines help to find the same ideal mind-brain function level, regardless of the name given to the method used.

The difference in what we developed is that our method allows people to function normally, and to be active both mentally and physically, while maintaining that ideal level of mind-brain function.

With the Silva systems, you can learn to do all the things that are done with hypnosis, and more.

With the Silva systems, you can learn to do all the things that are done by yogis, and more.

With the Silva training, you have the choice of functioning in any of those ways, or differently.

It is your choice whether you maintain control, or decide to follow the guidance of another person, or of Higher Intelligence.

When I say Higher Intelligence, I mean God.

Many people have "knocked off" the our work. That is, they have taken parts of it, and specialize in doing only a few of the things that are possible for Silva graduates.

Instead of expanding human ability as they claim to do, they are actually restricting people by teaching only a small portion of what can be done.

With the freedom of choice that you have with the authentic Silva training, there are no limitations to how far you can go, because there are no known limits to the human mind.